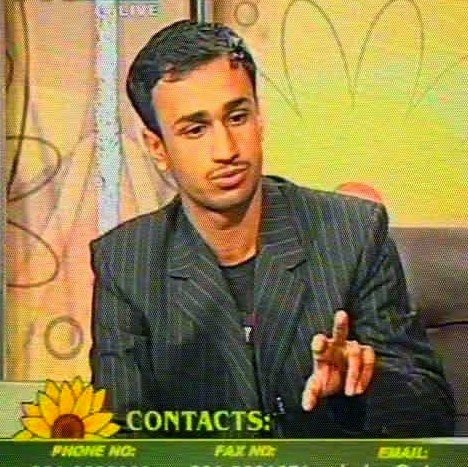 On May 28, 1998, Pakistan became a nuclear power when it carried out five nuclear tests at the Ras Koh hills of Balochistan’s Chaghi district. After the nuclear tests and during the same year, Nawaz Sharif, who was also the Prime Minister (PM) of the country in 1998, publicly stated in Dalbandin, the headquarters of district Chaghi: “I promise I will make Chaghi a model district in terms of roads, hospitals and other infrastructure in the country.” However, after one and a half decades since 1998, Chaghi is still as poor and backward as it was before and, to this day, the inhabitants of Chaghi yearn for basic amenities: clean drinking water, electricity, hospitals, employment and academic institutions. On my trip to Chaghi, one of its old residents in Dalbandin told me: “After the nuclear tests in 1998, PM Nawaz Sharif promised that he would bring development to Chaghi but, so far, nothing has changed over here.” He further added that if he (Nawaz Sharif) could not fulfil the promise that he had made to the people of Chaghi about its development, what could he do for the welfare of the entire nation?

Chaghi is one of the largest districts of Balochistan area wise and is part of a triangular border with Afghanistan and Iran. The district also houses a considerable number of domiciled Hindus, who are mostly immigrants and are thought to have migrated and have been living there since time immemorial. They are mostly traders and shopkeepers who have been living harmoniously with the local Baloch population. Interestingly, they are economically well off as well.

Saindak and Reko Diq, which are known worldwide to have abundant deposits of gold and copper, are also situated in the same district. According to Quetta-based geologists, there are scores of minerals in Chaghi that can be excavated and utilised for the welfare of the people living in the area, including marble, gold, copper, chromite, iron, silver, uranium and granite. “Chaghi is known for its quality marble for the past many decades and the government has failed to plan a marble city in Chaghi, where the best quality of onyx is available. Instead of building the marble city in Naukundi, it was built at Gadani only to please the former Chief Minister (CM), a permanent ruler of Balochistan,” writes Siddiq Baloch, a veteran journalist based in Quetta.

Interestingly, it is also said that the wife of the Mughal Emperor Jahangir, Malika Noor Jahan, was born in Yakmach, which is 60 km from Dalbandin. A grey haired Baloch in Yakmach told me the tale of a caravan that was coming from Delhi to Persia (today’s Iran) and saw a date tree in Yakmach where they decided to stay for a few days. It is said that during this time the wife of the caravan’s leader gave birth to a girl who later became the queen of undivided India.

Many of the students that this scribe met in the district of Chaghi have shown an extraordinary interest in education. However, due to the lack of schools in their areas and poverty, they told me that they do not have access to education. The former district education officer, Mr Aman Ullah Khan, said: “The remote areas of Chaghi that we visited do not have schools, which is why the higher authorities should build schools in those areas and provide teachers over there.” He added that he had also not been contacted even once by the authorities of Saindak and Reko Diq mining projects to provide scholarships to the students. One of the residents of Saindak complained that the school in their area lacked teachers for major subjects. “I would love to study if I had a school in my village,” said Liaqat Ali from the Siya Rake village of Naukundi, which is only two kilometres from the Reko Diq project.

Chaghi is also plagued by a plethora of other problems. Due to socio-economic issues, many graduate students go to the Pak-Iran border to work and earn a livelihood. Many youths have lost their lives whilst carrying illegal drugs across this border. Despite mortal risks to their lives, these youngsters still resort to such activities. They say that they do not have other alternatives to earn their livelihoods and that they get paid handsomely for doing such jobs.

In the 1980s, Afghan refugees settled abundantly in district Chaghi and, to this day, they are still living there. Presently, they have their own separate towns in Chaghi’s Girdi Jungle, Bramcha, Chagay and Posti areas, which is why the Baloch nationalists fear that the further increase in their numbers might alter the ethnic demography of the people of the area. Hence, they demand that Afghan refugees be repatriated back to their home country.

It is to be noted that Chaghi has been ignored and forgotten by successive governments. In the 21st century, its people are living as though they are in the Middle Ages and are deprived of basic facilities. Surprisingly, despite Mr Nawaz Sharif’s currently being in power, his visit to the district and his knowledge of its backwardness, he has not done anything for its people. If he can send Federal Minister Ahsan Iqbal to welcome the Arab dignitaries in Dalbandin who came to hunt the endangered Houbara Bustard, why can he and his government not do anything for the prosperity of the people of Chaghi?
Share to: